When I signed up to go on a wild weekend with ISC I thought I knew what I was getting into. We would go to a campground somewhere, maybe in Moravia, pitch a few of those large, 4 or 6 person tents, drink some beer around a campfire, and have a few nice hikes. I didn’t realize what I had actually gotten into until I was on the train and Tereza asked me the infamous question;

“Do you want to go fishing?”

I looked around the train cabin, everyone else was smiling. I was suspicious, how are you supposed to go fishing on a train? Do you cast your fishing rod through the window? I didn’t see anyone with a fishing rod. “Sure.” I replied, “what’s fishing?”

Tereza’s face split open into an evil grin as she pulled a bottle of vodka and a packet of gummy fishes from her backpack.

Everything went downhill from there. Several hours and several bottles of vodka later I found myself stumbling up a mountain in the Swiss Bohemian National Park, carrying Bobek, who was “tired,” tired being the word for someone who fished too much.
We fell over several times before we reach the top, where we were greeted by a little candle in a field surrounded by two more bottles of vodka. About thirty minutes later we were eating dinner, schnitzel and potatoes, and we were talking about the weather in our home countries.

The rest of the night was a bit of blur after they broke out the keg, but I remember a few things. We played a game where you had to get everyone to write their names on a specific time on a little paper clock, then Miša called out a time and you had to find that person and discuss a question. I don’t remember any of the questions but it was a lot of fun. 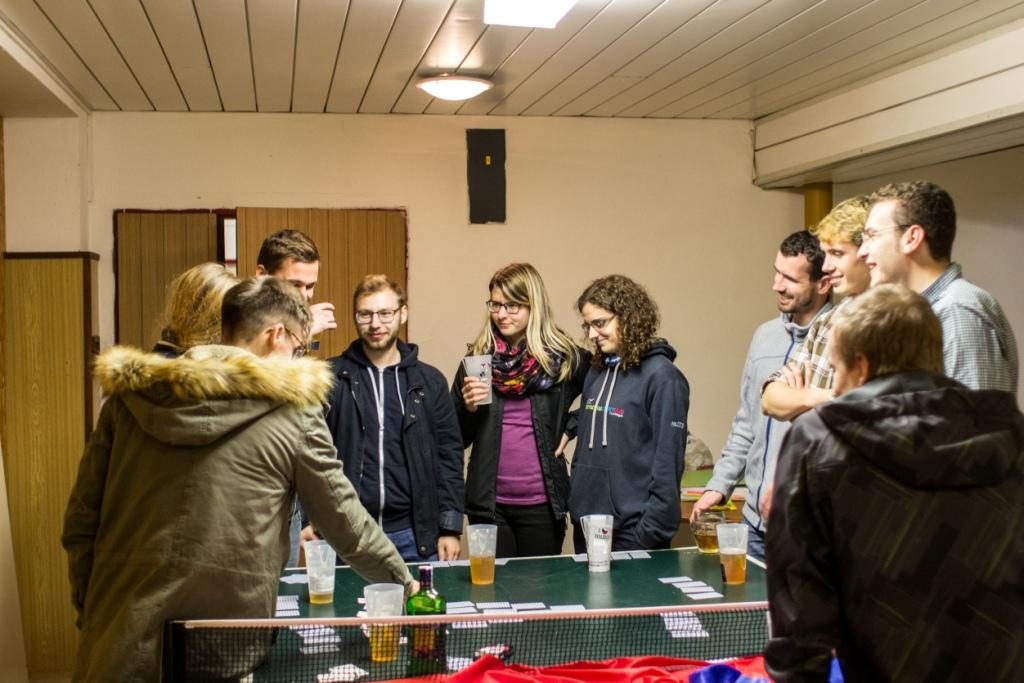 The day’s activity was a hike which was nice but I don’t think you’re reading this, or for that matter I’m writing this, to talk about all the pretty trees and rocks and views we saw. The fishing started around 1630 a kilometer away from camp. When we got back, after a short break, we began scouring the woods for firewood to cook our dinner. Everything was soaking wet so Michal cheated on starting the fire by using lighter fluid. However, that too took twenty minutes to figure out. We eventually were blowing on the wood for long enough that it dried off and thirty minutes later we had a roaring fire.

It was at this point Michal broke out the sausages.

“How do you know when the sausage is done?”

“It splits open at the ends. It’s already cooked but you just need to warm it up.”

Life was generally pretty good until about 0200 hours when people started disappearing.

It wasn’t until Michal pulled me aside that I figured out what was going on.

“There is a box in the woods.” Said Michal, “it has your food for lunch tomorrow in it. You need to go find it.”

“Sounds like fun.” I said, looking back to Mariusz and Arantxa, who were the last two at the campfire.

I followed Michal up a path, across a rickety bridge, and into an open field. “Have fun” He said and turned back.

I looked around and saw some people moving across the field, so naturally I started running. The moon was full and there’s something about being outside in the dead of night that is exhilarating. I found Tereza and Bobek talking. Tereza wasn’t wearing pants. I raised an eyebrow. I was pretty used to seeing naked people meandering around times square and central park back in the city, but it was damned cold.

“Michal pulled me out of bed and when I tried to put pants on, he said it would only be ten minutes.” she shrugged.

I shrugged back. “Do you two have any leads?”

“Well I found Bobek in the woods over there, holding a bunch of glow sticks.”

“Fuck, and he doesn’t remember where he picked them up right?”

She shook her head.

We walked into the woods and I jumped around on some rocks for fifteen minutes before we left the woods and returned to the field. At this point Mariusz joined us. We told him what happened and he started swearing and lit up a cigarette. We looked around the field for another ten minutes before Michal came and saved us. We had gone straight after the bridge whereas the box was to the right. There was, however, a bigger problem.

“She was the last person and when I came back to get her she was gone. I looked in the main cabin but she wasn’t there.”

We got back to the campfire and split up to look. I decided to check the main cabin again, not because I didn’t trust Michal, but because I knew Arantxa would got to the warmest place possible and the main cabin was the only one with heat. Sure enough, I found her upstairs, curled up on a couch next to a heater.

Arantxa then got mad at me because I thought she should go to bed and she wanted to stay awake with me and Mariusz. I conceded the point quickly and we sat around the campfire for another half hour. The next thing I remember was putting out the last embers of the campfire with a bottle of Kofola and going to bed.

Everyone got together and cooked lunch as a team. I cooked spicy New York Italian style peppers and onions. It came out pretty well. Tereza had also brought a little pellet gun and a few of us went target shooting at twenty meters. It was interesting to see how people handled the gun. I grew up around guns as an American and Heikki, as a Finn, had done mandatory enlistment. The Czechs were very safe and level headed but Mariusz was waving the damned thing around. I decided to keep behind everyone else with Heikki. Miša was the best shot by far. 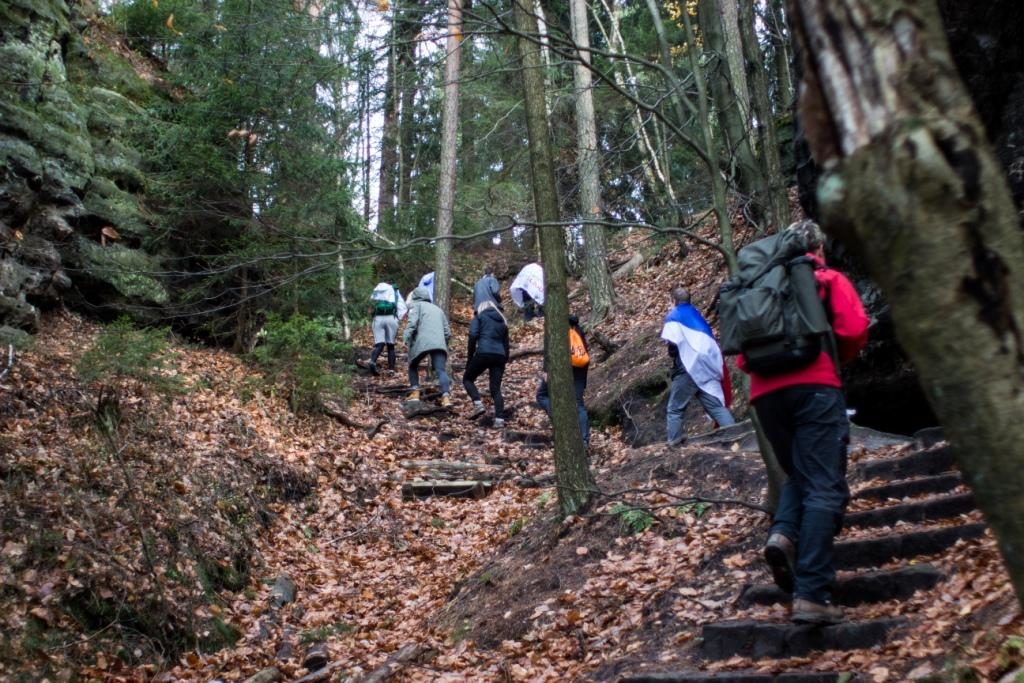 We had lunch together and prepared for the hike back down the mountain. Everything was winding down, as though everyone was suffering from a collective hangover (shocker I know). One the hike back, Heikki and I kept asking Bobek if he remembered any of the places we passed. We were met with a resounding no each time.

We arrived at our bus two hours early and went to a pub. On the walk to the pub there was creepy door under a creepy roadway and was filled with creepy wooden goblins. We also stopped at a playground that had a giant wooden snake, a seesaw, and a pull up bar. The rest of the time sort of slipped away. We caught the bus which was right across from the pub, caught our train, and before I knew it we were back in Praha saying goodbye.

What a crazy wild weekend huh? I wouldn’t change a single detail. Not only will I never forget this weekend, but I’d drop everything and go again in a heartbeat. 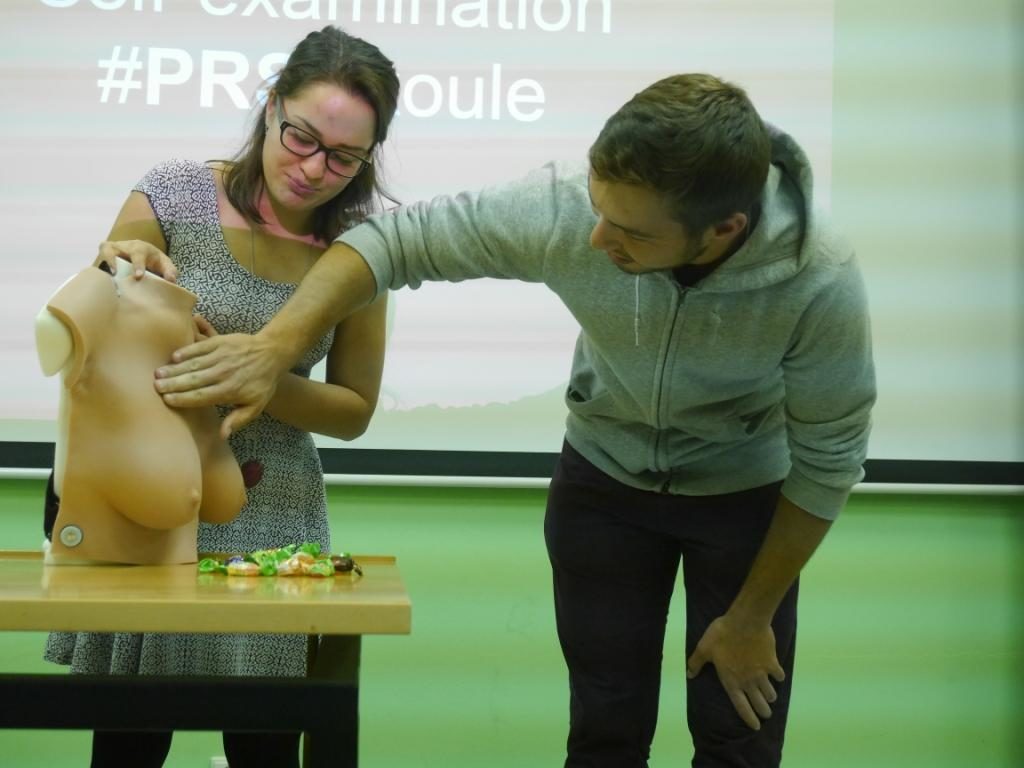